Alpha particles are helium nuclei of nuclear origin. It carries 2 unit positive charge and its mass is about four times the mass of hydrogen atom.

Beta particles are fast moving electrons of nuclear origin. A nucleus that decays spontaneously by emitting an electron or a positron is said to undergo beta decay.

In β+ decay, a positron is emitted by the nucleus.

In beta-minus decay, a neutron transforms into a proton within the nucleus according to, n → p + e‒ + antineutrino

Whereas in beta-plus decay, a proton transforms into neutron (inside the nucleus) by, p → p + e+ + neutrino 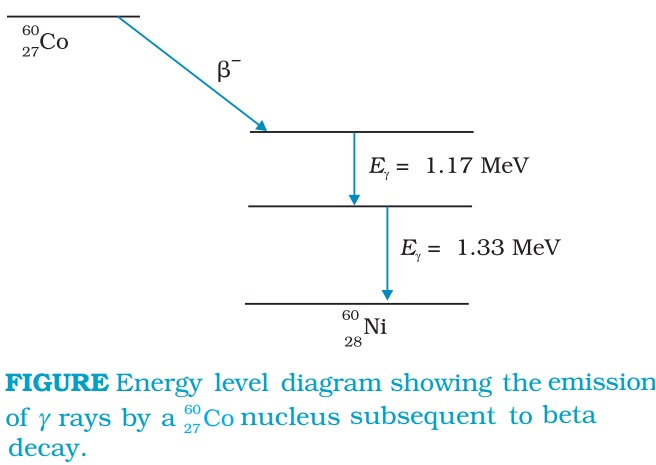 Intensity of electric field due to electric dipole on Equatorial position